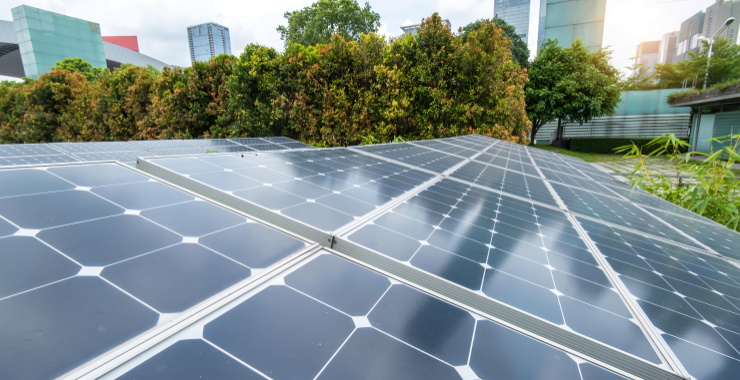 Heat and light have always been two different aspects of solar energy. So far, we have only been able to harness both separately. There have been attempts to combine technologies or create new ones that can harness both heat and light, but they have either dropped performance or raised the costs.

However, a new and promising hybrid solar converter has recently been developed. This converter has a simple construction and can utilize both heat and light – with an admirable 85% efficiency. The converter can generate photovoltaic power as well as steam using thermal energy. This steam can then be used directly for space or process heating or converted to electric energy using a turbine.

How Does It Work?

Sunlight is a complex medium of energy reaching the Earth. The sun’s rays consist of a variety of wavelengths. Some of these are visible to the human eye and are responsible for generating electricity through solar cells. Some other wavelengths carry energy too, which usually cannot be harnessed using solar cells, and is lost as heat. PV panels thus have efficiencies in the range of only 20%.

Solar thermal devices, on the other hand, harness heat from the sunlight. Aside from the fact that they need to be exposed to sunlight, both technologies are completely different. This has made combining them tricky, and at times, futile.

The new hybrid converter is a simple, satellite dish-shaped unit. At the center, a collecting component is suspended, which has multi-junction cells on the inside. The dish reflects sunlight on these cells. Multi-junction cells, unlike conventional cells, convert sunlight to electricity at an astonishing 40+% efficiency. These cells convert the visible and ultraviolet rays into electricity.

On the other end of the dish is a separate thermal collector. This energy receiver is a cup-shaped cavity with pressurized water inside it. Here, the sunlight’s infrared wavelength is captured, and water is heated to the point of conversion into steam. This way, unlike traditional solar devices collecting just one wavelength, the new converter captures multiple wavelengths, meaning higher efficiency.

Novel technologies often promise added functionality but disappoint on the cost factor. The hybrid converter in question is quite promising on the cost aspect too. Researchers are confident that the unit can run for as low as 3 cents per kWh when it reaches the necessary commercial scale. This is already close to the record low prices photovoltaic energy has been generated at.

With such high efficiency and such low cost, this development might be one of the most important breakthroughs of this decade.

This hybrid converter is developed by researchers from the University of San Diego and the Tulane University, along with Boeing-Spectrolab and Otherlab. The project started in 2014 as a U.S. Department of Energy ARPA-E project and received funding of $3.3 million.

The team will receive follow-on funding from the Louisiana Board of Regents and Reactwell, a local commercialization partner. In the coming days, the team will continue to refine the technology and make the unit as suitable as possible for commercial applications. At that stage, pilot projects will be launched for further validation.