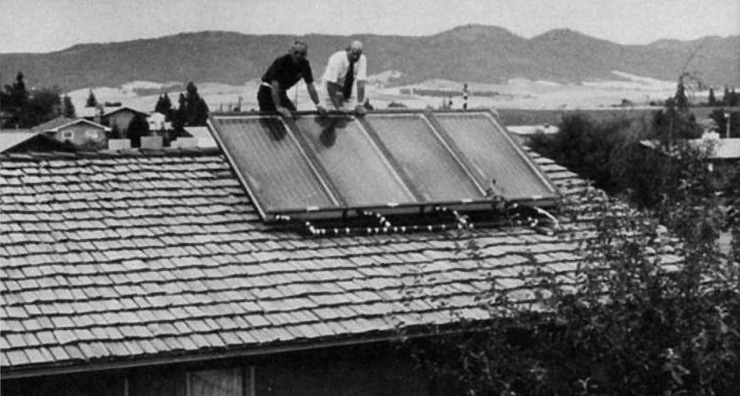 The history of solar panels can be described by Becquerel’s discovery of photovoltaic effect, or the invention of first solar cell by Chapin, Fuller and Pearson in Bell Labs. But the story is much larger than just that. Since the beginning of life on Earth, the Sun has been the ultimate source of all energy. All the living creatures and the fossils trace their involuntary harnessing of energy back to the consistent and reliable showering of sunshine.

The remarkable portion, however, began when humans started harnessing this energy to convert into other forms and use it in a more versatile manner. We are at a point in time where we have started looking forward to a world powered almost entirely out of solar. It thus becomes interesting to understand the way solar panels work, and even look back upon its history.

The solar technology has steadily evolved and continues evolving even today. Therefore, the credit for the invention of the modern solar panel cannot go to a single individual/entity.

It all started in 1839 with 19-year-old physicist named Edmond Becquerel. While working on the coating of platinum electrodes using silver chloride, he discovered a rise in voltage on exposure to light. This effect was named as photovoltaic effect. At that point, nobody would have predicted that it would become the basis for the predicted largest power generation method in the next 200 years.

Almost two decades later, another French inventor named Augustin Mouchot farsightedly realized that coal would eventually run out. Although his invention was a solar steam engine and not a solar panel, it was an important chapter in the history of solar devices. It even got Mouchot the title of ‘Lauréat de l’Institut’ by the Institut de France.

Two more decades passed, and in 1883, the first proper photovoltaic cell was devised by Charles Fritts, made from Selenium and having an efficiency of just 1%.

A few years later, Russian scientist Alexander Stoletov, regarded as the founder of electrical engineering, started studying the outer photoelectric effect discovered by Hertz. While expanding the research, he also built a solar cell on the same principle, and even discovered the sensitivity decrease (fatigue) of solar cells over time.

The beginning of 20th century saw Albert Einstein publish a paper on photoelectric effect (1905AD). It even won him a Nobel Prize for the same, 16 years later,  while arousing some popular interest in solar panel information.

The mid twentieth century marks a very important era of developments in solar panels. In   American engineer Russell Ohl made the groundbreaking discovery of the P-N junction. P-N junctions are used in almost every complex electronic device today. He also invented the first modern cell operating using the P-N junction. Today’s PV cell is a lot similar to Ohl’s cell.

When Were Solar Panels Invented?

As discussed before, crediting a single person or a single point in time with the invention of solar panels would be unfair.

To build a clear picture of the timeline of development of solar panels, we can divide it into three main parts. Here, we will look at the amount of development in the 19th, 20th and the ongoing 21st century.

The 19th century saw scientists stumbling upon the ability of the sun’s light/heat to generate other kinds of energy. By the end of this century, physicists built simple devices that harnessed the sun’s energy to generate power, albeit with poor efficiencies.

This, however, paved the way for more advanced technologies that followed in the coming centuries. Some examples are Augustin Mouchot’s 1860’s solar engines, as mentioned previously.

The first proper solar system with multiple cells by Fritts in 1884 marked the beginning of Solar ‘Systems’ or ‘Plants’.

Some basic devices did generate electricity, but by harnessing heat instead of light, unlike the modern cells. Yet, those were important advancements in the understanding of solar devices, such as the thermopiles of Weston and Severy (1888 and 1894 respectively).

Between 1957 and 1960, Hoffman Electronics achieved 8 to 10% record efficiencies. In 1963, Sharp corporation built the first solar module. Towards the end of this century, several pilot projects worldwide had been installed.

By the end of the last century, considerable development had already been done in the solar field. However, major development was witnessed in the efficiency and cost areas. At the same time, had have dropped to less than a tenth, thanks to automated and bulk manufacturing processes.

When Was Solar Energy First Used?

The intentional use of solar power by using basic reflecting or refracting surfaces has been done for millennia. But devices that converted this energy into more usable forms ushered an era of new technological possibilities.

Speaking strictly in terms of solar photovoltaic panels, the first ever systematic use of solar energy was done by Charles Fritts. He installed the world’s first solar rooftop system in New York, in 1884, way before solar started becoming a common word. The panels were made from selenium and showed an efficiency of only 1%, whereas the components used to make a solar panel today come in a wide variety and exhibit amazing efficiencies going easily beyond 20%.

The first space application of solar panels came in 1958, when the Vanguard I satellite was launched. Although it had only a 1-watt cell used to power its radio, this was the beginning. Further satellites such as Vanguard II, Sputnik 3, and the Explorer III also used solar panels.

(’Solar One’, source – University of Delaware)

1982 witnessed the first megawatt scale commercial power plant in California, despite of high installation costs. Following this, more commercial solar plants started appearing on the map, such as the one in Pellworm, Germany in 1983. Since then, the graph has never ceased to climb, leading to a cumulative installed capacity of over 500GW by 2018, as solar panel installation companies had higher installation experience than nations did in the past.

Development of Solar Panels Over Time

Even if we consider a timeline from Bell Labs’ working cell to the current day, solar panels have come a long way. Everything from the size per unit capacity to the color of solar panels has undergone a change. Efficiencies have multiplied by 10 to 15 times and cost has dropped by a tenth or more. Every few years, researchers discover newer materials that are cheaper or more efficient. In the past years, Gallium Arsenide, Cadmium Telluride, Perovskite, Copper Indium Gallium Selenide, etc. materials have come up as interesting and promising alternatives to conventional solar cells. Even the way solar panels are made today has improved hugely, with automatic machines with remarkable productivity.

On the application side, we have started on the path of portable solar products, building integrated PV, and solar panel roads. Some people also believe in space-based solar that can transmit energy wirelessly without being affected by day-night cycles and temperature factors. Floating solar plants promise higher efficiencies thanks to better cooling and saving land area while reducing water bodies’ evaporation. Smaller applications like home solar products and solar lights have broken the image of solar being costly and a large-scale affair.

All the graphs of dropping costs or growing adoption are exponential in nature. In one line, the story of solar has been exciting, and it will be a growing industry with new developments to look out for.