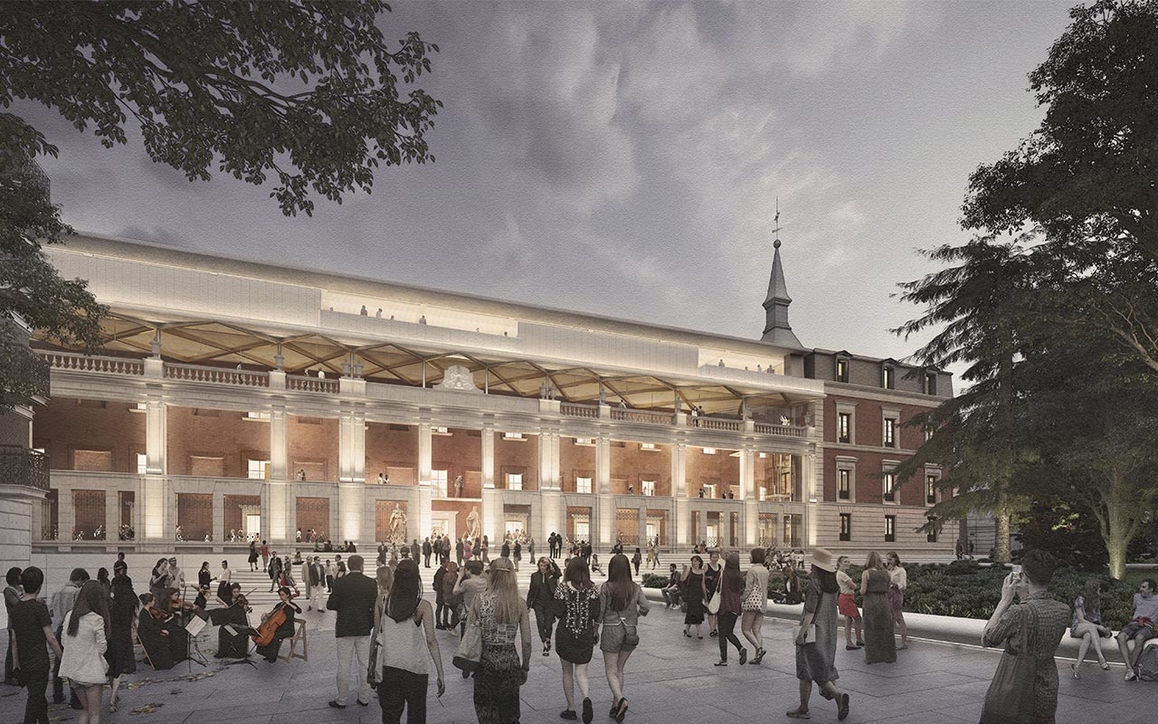 Aroof which generates solar energy will be a major feature of Lord Norman Foster’s renovation of a 17th century building to extend Madrid’s famous Prado museum, it said Thursday.

Foster + Partners, in a joint $32m project with Spain’s Carlos Rubio will refurbish the Hall of Realms, not far from the main museum in the centre of the Spanish capital.

In a statement, the museum said Foster and Rubio’s proposal “respects and values what is already there, adjusting it to the necessities of our times.”

The Hall of Realms is one of the only remaining buildings from the Buen Retiro Palace, commissioned by Spain’s King Felipe IV as a second residence.

Foster and Rubio’s firms plan to open up the southern facade, creating a giant atrium that will give the impression that the building is semi-open, while keeping its original balconies.

“A new roof will harvest energy from integrated solar cells, give natural light to the galleries below and cantilever as a shade to protect the southern facade,” Foster and Partners said.

Foster, who led the bidding team, said: “I would like to say how honoured we are to contribute to this next phase of the expansion of the Prado – one of the truly great museums of the world.

“The Hall of Realms, built by Crescenzi and Carbonel in the 1630’s, is one of the very few remains of the former palace and predates the museum which was conceived in 1819.  Two centuries later the transformation and expansion of this historic hall will add significant new galleries and related public spaces to the Prado.  It will also create, as a setting, a new urban focus for the city of Madrid.”