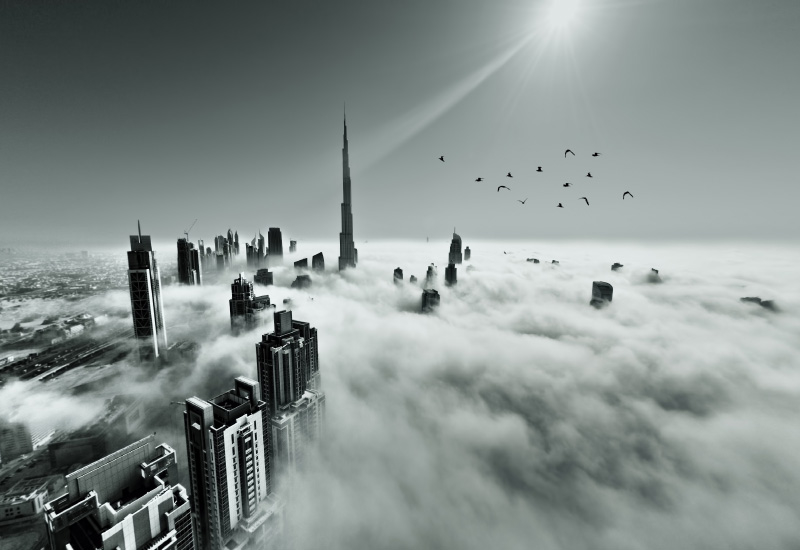 Architecture is reaching for the sky as high-rise construction continues at a rapid pace, fuelled by a strengthening of the global economy.

The Middle East and China seem the most likely areas for widespread increases in the design and completion of tall buildings according to analysts.

Work continues at a pace across the UAE with the Dubai Expo, Qatar World Cup and Saudi Arabian infrastructure and homes demand as a catalyst – while state subsidies for construction in China mean developers minimise financial risk when undertaking large-scale projects.

According to the Council of Tall Buildings and Urban Habitat (CTBUH) at least 100 new structures with a height of more than 200m will be completed before the end of 2014.

Among the most ambitious projects underway are Jeddah’s Kingdom Tower – set to rise to a height of 1km as construction continues throughout the coming year.

New York’s Freedom Tower – or One World Trade Center – is now completed apart from some interior work and is currently advertising for occupants. Also work on London’s Pinnacle – a much-delayed 63 storey twisted tower – is set to start once again after it was last halted due to financial concerns in 2011.

Two features look set to be prominent in design this year – sustainability and slenderness.

Skyscrapers are set to feature some new environmental credentials including buildings with smart skins, wrapped in green foliage, and boasting advanced water and waste disposal systems.

The industry is currently exploring self-sustaining architecture, also known as triple net zero.
This has not yet been achieved but its aim is to construct buildings that produce zero energy, zero emissions and zero waste.

Currently, the 309m Pearl River Tower in Guangzhou, China built by SOM is believed to be the world’s most energy-efficient designed skyscraper.

It has solar panels, double skin curtain walls to reduce heat loss in winter and keep it cool in summer, a chilled ceiling system, under floor ventilation along with air and daylight harvesting. Other eco-friendly designs coming more to the fore include “vertical gardens”.

Other structures include high-rise homes with outdoor terraces on which trees are planted – while gaps in the balconies above are design to let them grow to their full height in the coming years.

A pioneering project which could be influential on green building design has seen microscopic plants in water embedded in a building in Germany. The design of research company Arup and Splitterwork Architects this “bio-façade” allows sunlight to make the cells grow. As they do so they warm the water and the resultant heat is then stored and used to heat the building.

“It’s a test for the technology – but it represents a huge step forward,” said Jan Wurm of Arup, who added this method of energy production could “transform the urban environment”.

Abu Dhabi’s multi-award winning Al Bahr Towers – created by Aedas – were the first large scale project to feature a façade which reacts to heat. The structures have seen a 50% reduction in energy usage because of the design which sees shielding screens respond to the sun’s movement across the sky.

However, cutting-edge research is currently being carried out at the University of Southern California (UCLA) into how to make buildings even more fully responsive towards changes in exterior heat.

“For a long time, my work has examined why architecture is static and nonresponsive, and why it can’t be more flexible , like clothing,” said Doris Kim Sung, assistant professor of architecture at UCLA.

Sung is working with a material that had never before been used in architecture – a metal alloy that responds automatically to changes in air temperature and direct heat.

Currently used for the coil in a thermostat, “thermobimetal” is made of two sheets of metal laminated together. Each metal expands at a different rate when heated, curling as the temperature rises and flattening when cooled.

Projects underway include a canopy that curls shut when the sun is directly overhead, along with a vent that opens automatically to let out interior hot air.

Another technological breakthrough unveiled last year by elevator company KONE sees lifts being designed with lightweight cables enabling them to rise up to 1km from the ground.

The way forward for sustainability design in tall buildings we be under discussion on April 28 and 29 in an industry conference to be held at the Sofitel Hotel, on Dubai’s Palm Jumeirah, which is set to attract around 300 architects, engineers and designers from across the region.

Advancement in high-strength concrete technology means buildings can be constructed in a slimmer form than ever-before – a great benefit to architects wanting to maximise development in high-density population centres.

A new residential tower at 111 West 57th Street, New York, which will be completed this year, will lay claim to the title of the “skinniest skyscraper in the world”. At more than 400m tall it will offer high rise accommodation with a minimal ground footprint as it is just 18m wide.

Designers SHoP Architects say the Art-Deco inspired tower will bring the city back to the forefront of skyscraper design.

Partner Chris Sharples “The idea here was, how could we design a truly New York skyscraper? Not just something that you could take from Beijing or Shanghai or Dubai and plant here.”

Prefabrication will also continue to challenge traditional building techniques, rapidly increasing construction speed in 2014.London’s Ledenhall Building, due for completion in spring, will make use of prefabrication. The building, nicknamed The Cheese Grater, will rise 224m and is expected to rise seven storeys per month because 85% will consist of prefabricated and off-site construction elements.

Mixed use developments are also on the increase as they are not reliant on one source of revenue – therefore making them more attractive to investors.

The CTBUH said it anticipates that the immediate future will see more purpose-built skyscrapers shaping skylines, housing an ever growing urban population as the move from country to urban living affects more and more countries It says skyscrapers can deliver community habitations without a massively detrimental effect on the local environment.