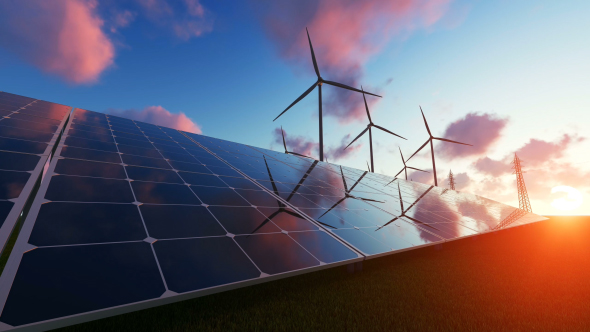 That is it! Your electricity bill was raised again for no apparent reason and now you’re having to wait for an hour just to talk to a real person about the problem.

This is the story of millions of home owning Americans every month, but it doesn’t have to be your story. Harvesting solar energy has become easier now than ever before.

You Can Help The Environment

Energy from fossil fuel produces an enormous amount of gases and all of these gasses work against humanity’s interests. The evidence is undeniable: global warming is happening faster than ever.

Using solar energy will rid you of your electricity bill all the way until the heat death of the universe. You can turn on all the televisions in your home, run the heat and AC at the same time, and run enough hair driers in your bathroom for the whole neighborhood.

There are significant savings even when you factor out the electricity bill. Uncle Sam is a big fan of electric power; he’s got a tax credit with your name on it.

The Solar Tax Credit will pay for up to 30% of the cost for you to install solar panels. There’s no cap, no hidden fees, and no red tape. Once you look at the savings you’ll get from the lack of a monthly bill and from Uncle Sam’s pocket, you can save up plenty to spend on adventures.

Getting solar energy will forever remove you from the days where back storms knock out your power. You won’t have to store extra pantry food when you know a big snowstorm is coming and the local wreck into a power pole won’t affect you.

Solar energy used to be a little spotty itself, but modern technology allows solar energy to be stored for rainy days – literally.

You can have consistent power when the lines go down and when you have a gully-washing monsoon.

Going solar makes you rich in more ways than one. In addition to saving you money, using solar energy will increase the value of your home.

A recent government report looked at the speed that homes were sold and the value that they were sold at. The report then compared which homes had solar panels and which ones didn’t.

If you live in California, the results conclude that your solar home could be worth an average of $20,000 more than neighboring places.

The bigger of a solar system you had, the more of a home value boost you receive. The report suggests that for each watt of electricity you run on solar, your home receives a $3 boost in value, $4 in California. The average solar system can run about 5,000 Watts, but larger homes will yield more.

There are two types of security involved with going green: mental and financial.

Going solar helps mental security because you can know that no matter what happens, you are going to have electricity. Hail storms are no problem. Work on the power lines doesn’t matter. Not even a foreign nation taking out the power grid can give you the willies.

As long as the sun runs across the sky, you can work your microwave and your oven and use lights and watch Netflix.

The other type of security is financial security. Most solar systems (here are some reviews on solar kits) have a lifespan of 40 years or more. A lot of manufacturers guarantee their solar panels for 25 years.

That’s 25-40 years of not having to worry about rising electricity bills or dealing with the local power company.

We mentioned above how solar energy keeps greenhouse gases out of the atmosphere, but the benefits of green are more than just that.

Some of the long term consequences of not using solar power are pretty devastating: the earth will one day run out of fossil fuels, forever changing the global economy.

Oceans will rise to levels that force massive migrations inland and decrease the maximum population of the earth. Some cultures in locations like Japan or Italy will disappear from the planet.

The earth will experience more severe weather events like hurricanes and tornadoes. There’s a good chance that even earthquakes will be more frequent due to the shifting of the ocean’s weight on the crust of the earth.

Since a lot of solar installation is done on a local level, buying solar panels can help boost your town or city’s economy. Think of it this way:

As long as other people in your local economy have jobs and money, there are going to be more people who can buy the service or good that you produce at your job.